How did Butt Road get the name? 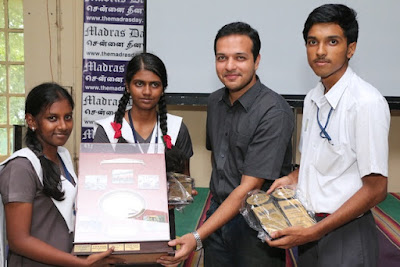 How did Butt Road in St Thomas Mount get that name?

It must have got the name because of the presence of a archery/shooting range in the area in the colonial times when the British had its cantonment in the Mount region after the Fort began to suffocate.

We got to know this small history of Madras/Chennai from a students' team of Army Public School, Nandambakkam.

It was taking part in the annual Power Point Project Presentation Contest that asks schools to study a heritage theme and present it in public.

Army Public School chose Butt Road that is close to its school campus. And for its project, it won the first prize at the 2016 contest. (photo above)

13 schools undertook the study of Streetscapes, for that was the theme.

Some of them had done some great field work.
Now, the hosts plan to build on this research and perhaps launch a project that looks at Chennai's StreetScapes.
Students will be an integral part of it.

Anyone else who may want too share their expertise here? Tech tools we can use, web site plan, video shoots. Mail us at - themadrasday@gmail.com
Posted by Vincent D' Souza at 10:16 PM