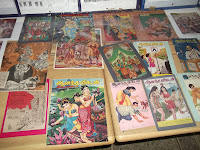 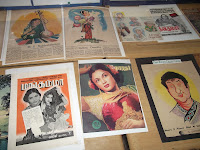 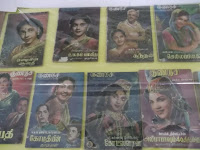 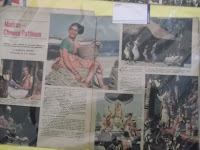 The Madras Heritage Lovers Forum put up a wonderful show at the Padma Seshadri School in KK Nagar. Most of the members are past 50, with consultant architect D.H. Rao, who organised and ‘choreographed’ the entire show, well past 70. More than anything, it was rare commitment on display, a passion for a city and its heritage.

The forum is made up of Rao, V. Prabhakar, Winston Henry, S.A. Govindaraju, who has an amazing collection of old books and magazines, John Moses, Lazer, Roland Nelson and Hemant Chopra. Some of them were there throughout at the three-day event, standing for the most part in a hall without the air-conditioning system turned on.

Govindaraju is 80 years old but his passion for old books and magazines hasn’t diminished a bit. He has been collecting them for more than four decades and has over 5000 books and 10000 magazines, paper clippings and advertisements. A retired labour law consultant, he runs a small garage where he sells these books. What is remarkable is that he is able to identify each of the books just by the look of them – the author and publisher’s names, even the date of publication.

Govindaraju has books on law, philosophy, literature, history, wildlife, poetry, encyclopedias and books on film stars and politicians. He has a large collection of R.K. Laxman’s cartoons as well.

Every day, he spends his time in the garage (Rare Books, R.A. Puram, 2nd Main Road) with his collection, waiting for people with a similar passion, a passion that is hard to find these days.

Pictures show some of the material on display – Manohar Devadoss’s exquisite s pen-and-ink drawings; Govindaraju’s books; and one (Madras – Chennai Pattinam) of several fascinating articles by Nanditha Krishna (director of the C.P. Ramaswami Aiyar Foundation) that had appeared in The Illustrated Weekly of India in the 1970s.