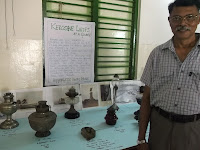 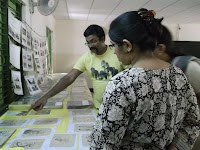 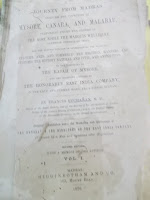 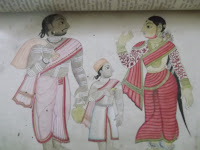 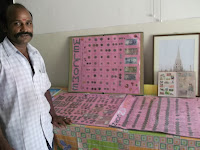 It appears kerosene was first imported to Madras by Best & Company in 1879. It was sold in tins by the brand names Chester and Monkey. Kerosene lamps were also sold on carts till the late 1970s. With the import of kerosene from abroad, lamps from England, Germany, Hungary, France, Japan and the United States followed. According to John Moses, who had an astonishing display of lamps at the Padma Seshadri School in KK Nagar, the lamp industry was highly competitive in these countries – in producing lamps, wicks, chimneys and globes. Most of the lamps then were made of brass, glass and porcelain.

Moses and Winston Henry (who helps put up aquariums and aviaries), narrated at length their passion for collecting anything old. Moses said his collection of old lamps, watches, pens and cycles was so large that there was hardly enough space at his home in Kilpauk to keep them. “My family just manages to tolerate me,” he said.

Winston said just about the same thing. The passageways in his house are lined with large containers filled with old books. He had brought along the 1870 edition of Francis Buchanan’s ‘Journey from Madras through the countries of Mysore, Canara and Malabar’, published by Higginbotham and Company, Madras. The pages were almost falling apart and the years had taken its toll – but you were taken to another world just by grasping the book.

Together, Moses and Winston made a difference to the exhibition at the school. They also took pains in describing the displays to all those who seemed interested to know and learn more.

Another participant who needs special mention was Venkatesh, a peon at the Padma Seshadri School. He has been an avid collector of coins and has always sought an outlet to exhibit them. Two years ago, he came up with a similar display. School duties have not blunted his enthusiasm to pursue his hobby. His is an example many should follow.

And these are the people who make Madras Week what it is. They toil hard all day long, expect little publicity, prefer to keep a low profile, are happy with even the smallest word of appreciation, and treat every person with dignity.

Pictures show Moses before his prized collection, Winston going about his job of explaining to visitors, Francis Buchanan’s book, a coloured illustration on one of the pages of the book, and Venkatesh beaming before his collection.